Photo from the exhibition A Clamouring Silence (2014)

about age, women and history

We intended to create an exhibition about old women down the ages, an intention that proved difficult to realize ...

We found very little that had been written and preserved about the lives of old women and living condition in the past. We encountered silence - a silence borne of the fact that women, in an historical context, have had neither the opportunities nor the rights available to men. Of the fact that women´s achievements were concidered less worthy of being documented, preserved and remembered.

This made us angry. The silence surrounding women left us so irate that we resolved to create an exhibition about this silence. An angry exhibition, with voices raised to the heavens, to challenge the notions that old women are not worth talking about.

The image of the ageing woman portrayed in the media, film and literature is prejudiced. Her experiences and memories, her own voice, are not heard and what she herself has created in her own lifetime is overlooked. In the worst cases, we are not even interested in listening to her. Her skin colour, class, sexuality, language, intellectual and physical abilities, the gender she identifies with and the gender others perceive her as belonging to, all of these play a role in her identity and in the way she is treated when she begins to age. 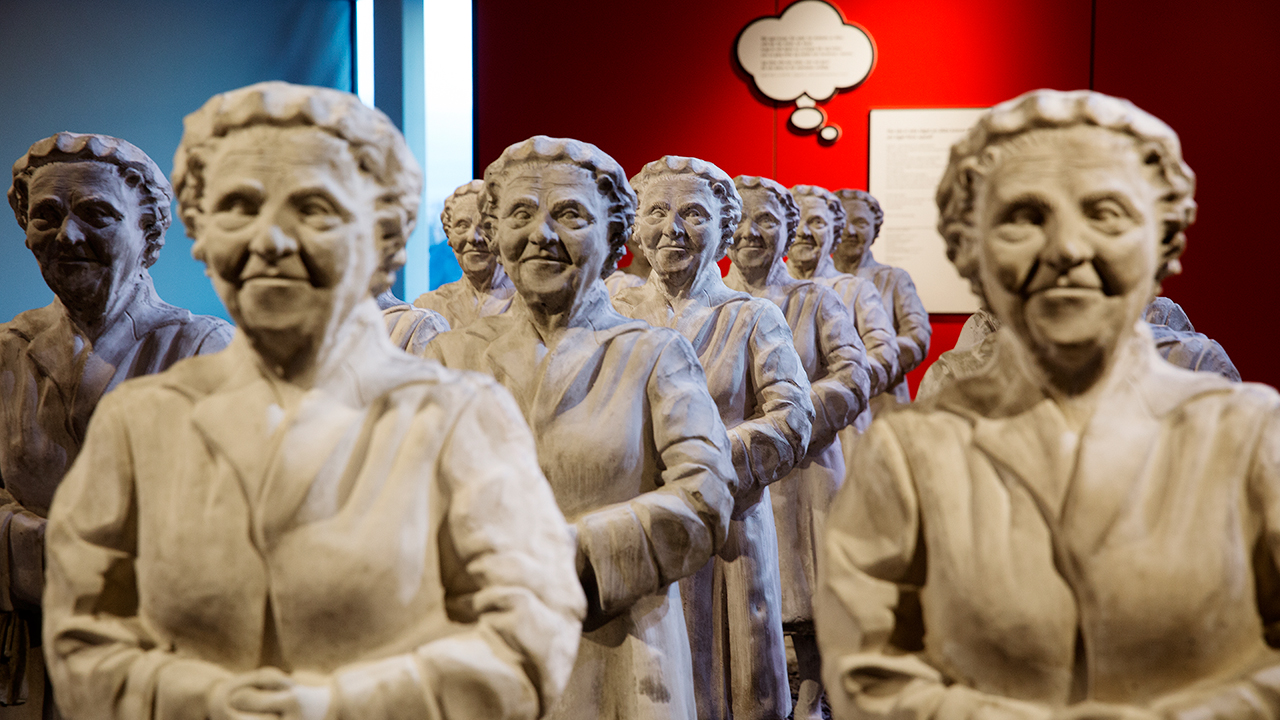 You will encounter a medley of different voices that speak both about silence and withdrawal and about resisting norms and finding independent alternatives. The exhibition includes artist Susanna Arwin’s 18-woman-strong army of old ladies, entitled Tantfullness, extracts from academic research, reflections, lyric poetry and a video piece by filmmaker Daniel Rudstedt. You can even hear how silence and resistance can sound in composer Frida Selander’s sound-art work, especially composed for the exhibition.

Keep in touch with us through

Kvinnohistoriskt
museum
is a part of
Umeå Municipality