Through the series of exhibitions called A Clamouring Silence, we want to try to understand what being an aging woman is like in our society, which is characterized by norms regarding gender, age and sexuality. 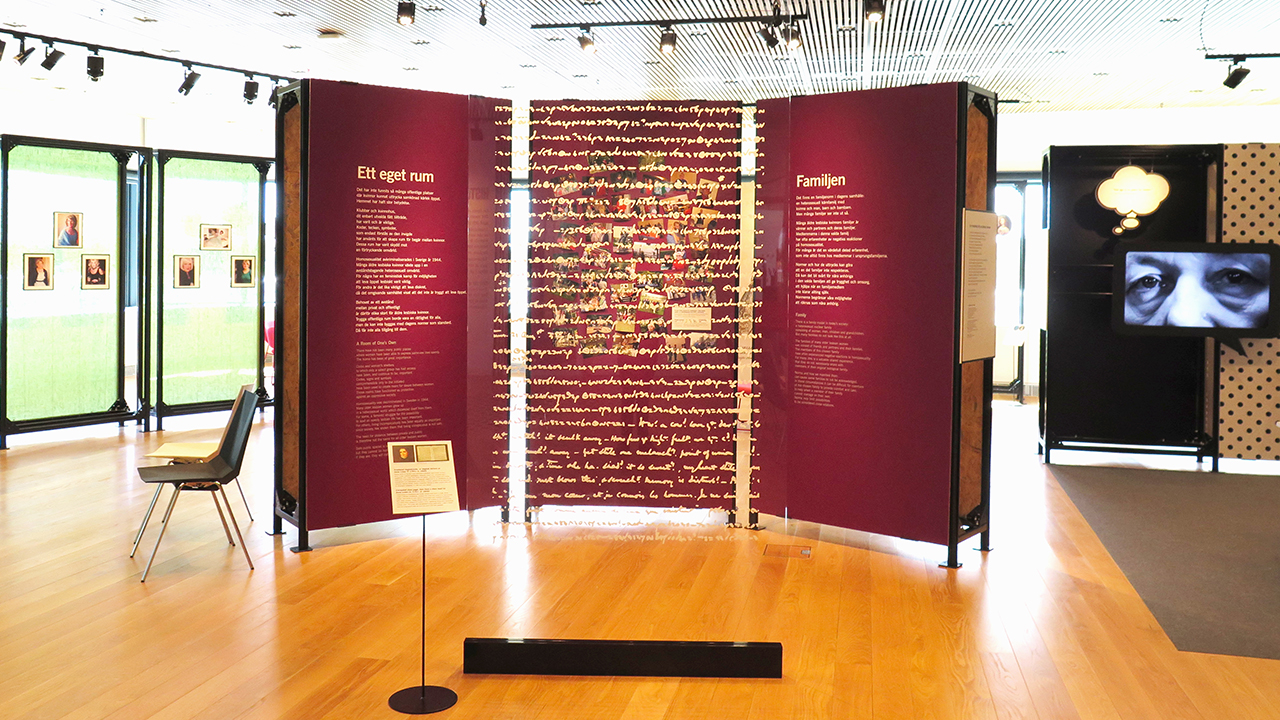 In the center of the room there is now a code written on a sheet of plexiglass. The code was invented by Anne Lister (1791-1840). She used it in her diary when writing about her sexual relationships with women. Through the sheet of plexiglass, you can see photographies taken by women from the club Golden Ladies – an activity group within RFSL Stockholm.

The public spaces of society have historically not been available to all. There have been, and are still, different needs of creating personal safe spaces. These can be literary, but also physical rooms such as clubs and women’s shelters.

Invisibility and silence surround aging women – and that is a major democratic problem. The problem lies in how we shape the norms, what is included in them, what is excluded from them and how we keep recreating them. Women can grow older in many different ways. When the stories of aging women become too one-sided, women risk being made invisible.

Everyone grows older,
And norms create injustice even in aging.
Together, we can bring about change,
So that everyone can take control of their own lives.

Keep in touch with us through

Kvinnohistoriskt
museum
is a part of
Umeå Municipality